Becoming a Mama: The Birth of My Firstborn 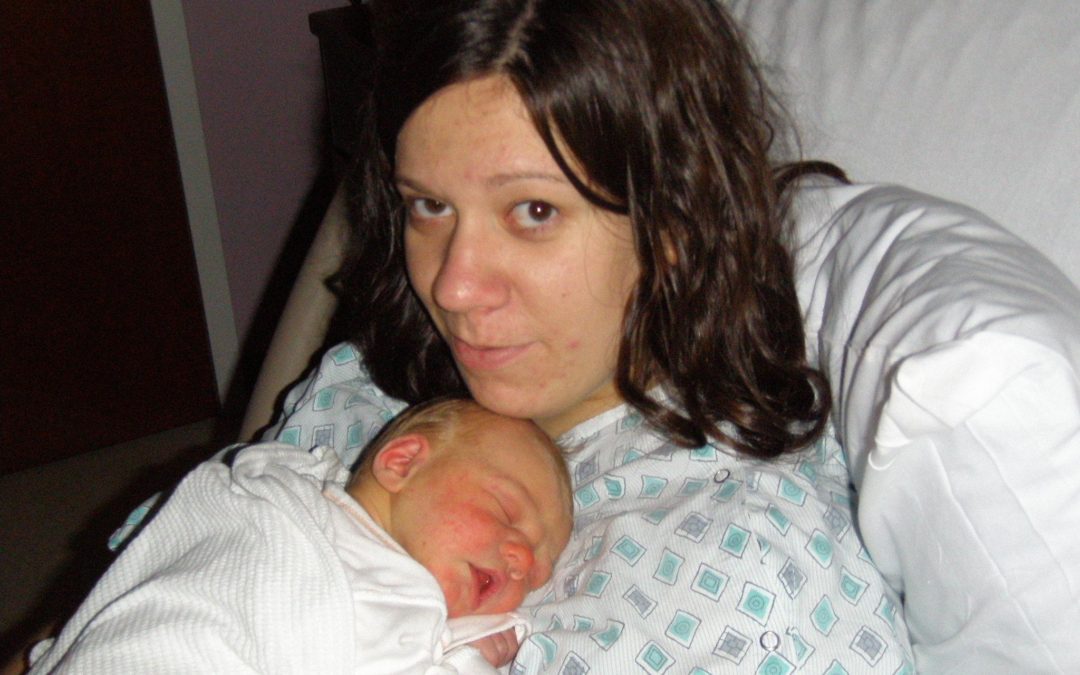 Author’s Note: This birth story was originally written by hand in my journal on June 9, 2007.

During the summer of 2006, my husband Mike and I decided we would start trying to have a baby. I stopped taking birth control in July, and we were planning to see what happened. On September 11, I bought a pregnancy test, and it was positive. That meant we had conceived in August.

At my first prenatal appointment on October 2, I learned that my due date was May 20. The doctor also did an ultrasound that showed a very small life with a heartbeat. I continued seeing the OB for the first couple visits, but I switched to the midwife in the practice because I wanted to have an unmedicated birth.

On January 2, 2007, we found out we were having a boy. My pregnancy was great, and I had no problems except swollen feet and ankles toward the end. May 20 came and went, but I learned that my midwife would be out of town May 26-31. At this point, I was having regular non-stress tests and ultrasounds to monitor the baby’s heart rate and amniotic fluid index (AFI).

On May 29, the doctor did an ultrasound, and my AFI was 4.8. Anything below 5 is considered a possible danger to the baby, so he suggested induction. Although I didn’t prefer medical intervention, I was anxious to meet my baby.

Arriving at the Hospital 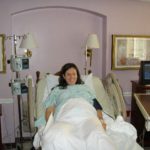 We arrived at the hospital that evening at 6 p.m., checked in and settled into a labor and delivery room. The plan was for me to have Cervidil, a cervical ripening medication, and start Pitocin in the morning. A nurse placed the Cervidil at about 8 p.m., and I began having contractions soon afterward. They were mild at first, but by midnight, they were much stronger. Mike held my hand and helped talk me through each painful contraction.

At about 2 a.m., the doctor was at the hospital attending another delivery, so he checked on me and suggested breaking my water. I agreed (although I quickly regretted it!), and I will never forget the doctor telling me, “See you about noon.” He thought I had many hours of labor left because I was only four centimeters dilated.

After my water was broken, the contractions got so much stronger that I began to ask for pain medication. I didn’t want to have IV pain meds because I knew they would make me loopy. I already felt disoriented because of all the pain. Eventually, I said I wanted an epidural. One of the nurses called the anesthesiologist on call, but he said he couldn’t get to the hospital until 4 a.m. The nurse asked me if I wanted IV pain medication to hold me over, but I said no.

My contractions continued very strongly while I waited for the anesthesiologist. The nurse called him again to ask if he could get there sooner. Just before 4 a.m., I told the nurse, “I feel like I have to poop.” She checked my cervix and told me I was fully dilated. At 3:55 a.m., the anesthesiologist came into my room, but it was too late. I was ready to push. The nurses had called the doctor and said he would be there in 10 minutes. My contractions were becoming stronger and closer together, and I felt like I had to push. A nurse helped me breathe through the contractions. Otherwise, I was screaming because it hurt so much.

When the doctor arrived, I started pushing. It was hard work, and it burned. One of the nurses massaged my perineum with oil. After pushing through about six contractions, the doctor said the baby’s heart rate had dropped slightly, and he asked one of the nurses to have the vacuum extractor ready. When I heard that, I thought to myself, “No way. You’re not using that!”

With the next contraction, I pushed the baby’s head out. Then, the rest of his body came. Elliot Conrad Henry was born at 4:33 a.m. Wednesday, May 30, 2007, weighing 8 pounds, 6 ounces, and measuring 22 inches long. He started crying, and we were overwhelmed by this new little person. The nurses placed him on my chest, and Mike cut the cord.

After a few minutes, the nurses put Elliot in the warmer and wiped him off. I delivered the placenta, and the doctor told me I had a small tear that would need repairing. He gave me a shot to numb the perineum and did a running stitch. While Elliot was in the warmer, he pooped and made quite a mess. The nurses cleaned him off (again!) before handing him back to me. He latched on and nursed for the first time.

A little while later, my parents and Mike’s mom visited and brought us breakfast. We called a few people to let them know we had the baby — finally! (He was 10 days late.) Our parents left, so we could get some rest. Later in the day, we had a few more visitors. Everyone told me that Elliot was beautiful, and, of course, I agreed.

I never thought I could love someone so much, and my love for Mike has also grown seeing him be a dad. It is amazing to think that God created our son from the two of us.