Why Inclusive Language Matters in the Birth Community 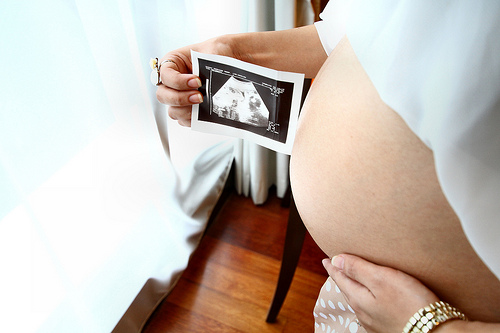 A few months ago, I was writing some blogs for a wonderful birth center client. I noticed that when the director edited my work, she changed pronouns or removed references to gender. For example, she replaced “women” with “folks.” She swapped out “moms” for “parents.”

She politely commented on the Google doc and let me know that she and her team were working on making the language on their website inclusive. I knew that meant the blogs I was producing, too. I wanted to learn more, so I filed her remark into the “research this” category of my brain.

Learning more about how words matter

That was not the first time I had heard of inclusive language, but it was certainly the only time someone had asked me to change my writing in favor of it. Thanks to the work of LGBTQIA+ writers, I had heard of asking others what pronouns they use. But, I am embarrassed to admit now, I was slow in adopting gender-neutral language — both in client work and on my own website.

The first reason is that, as a writer, I was confused about using they/them pronouns, which are traditionally plural, when referring to a singular person. I am a grammar nerd, and it seemed odd to write, “They are giving birth at home” when I was referring to one individual.

The second reason is that, well, I just didn’t understand. Like, not really. I mean, I sort of understood the inclusivity aspect. But when it comes to birth work, I was stuck. Again, I cringe at my narrow mindedness, but I thought, “Pregnancy, birth and breastfeeding are clearly for women.”

I am a champion for empowering women during pregnancy, birth, postpartum, breastfeeding and parenthood. Our maternal health system in the United States is industrialized and patriarchal.

As a writer, I am committed to helping women know all their options in pregnancy and birth. I want them to understand true informed consent and even informed refusal. I will shout from every rooftop that no one has to “let you” go past your due. There is no “have to” when it comes to being induced or undergoing a C-section. Women need to be active participants in their care and should be informed of all benefits, risks and alternatives when making health decisions.

To me, pregnancy, birth, postpartum and breastfeeding were tied to women as primal acts. I was confused about inclusive language and thought that incorporating it was somehow taking away from the strength and empowerment that I wanted so desperately to tell women about.

Now, I see my privilege. So much privilege. I am a middle-class, white, hetero, cisgender woman. I use she/her pronouns. I am quintessentially “normal” when it comes to birth work.

Soon after the client I mentioned above prompted me to learn about gender-neutral language, another one of my midwifery clients posted something on her Facebook page about how she had met with a fellow practitioner who specializes in care for transgender and non-binary identifying folks.

That’s when I thought, “OK, I need to keep digging. How can be a part of the solution here?”

Now, in my work, I am mostly an indirect influencer. I partner with midwives, doulas, lactation consultants and childbirth educators, and they are the ones with the direct connection to patients. So, I wasn’t sure how anything I did could possibly make a difference.

Then, one day, I was sitting with my laptop, browsing birth center and midwifery websites — as I do! — and I found some providers who made it clear on their websites that they care for all people and families, including queer, transgender and non-binary folks. I studied the words on their website. I noticed the inclusive language. Instead of well-woman care, they called it well-person care or well-body care.

That’s when I realized where I could start: With my own website. I could change the language to be more inclusive. Now, for some reason, I thought this would be a grandiose project that would take, I don’t know, days to accomplish. So, I put it off for months.

The other reason for the delay was that I feared doing it wrong — that I might use a term incorrectly and perhaps offend someone. This is not surprising to those who know about my recovering perfectionism. But I Googled “inclusive language birth” and found some great resources.

Finally, I moved the inclusive language makeover to the top of my priority list. I am not kidding when I tell you this: It took a half hour. Granted, I am still learning, so it’s very likely there are flaws. I’m not sure why I thought it would take so long. My website seriously has six pages.

Understanding the importance of inclusive language

If you’ve made it this far, you may be thinking, “Big deal, April. You updated your website.” Well, you’re kind of right. I’m just little ole me, and I don’t deserve any recognition for making the language on my website inclusive. It was just the right thing to do.

However, there are probably some people out there who have never considered inclusivity when it comes to pregnancy, birth and lactation. Maybe even some birth workers who haven’t thought of it.

So, I’m not writing this for any accolades. I’m telling this story because I know there is much work to be done in the birth community in order for all people to feel welcome. And while I may be an indirect influencer, I still have a voice, and I’m going to use it in this case.

Now, I have to be honest. I was nervous to make this change to my website. I am nervous to share these words with the world. I know there will be some who disagree or who find it surprising, or even disappointing.

I just want to be kind, inclusive, welcoming and friendly.

In my research about inclusive language in the birth community, I found some important information from the Midwives Alliance of North America (MANA), and I want to include some of it here.

“Whereas pregnancy, birth and breastfeeding are unique to the female sex, there are those who seek midwifery care who do not gender identify as women… Changing to gender-neutral language reaffirms the midwives’ goal with relationship to the whole family system. Inclusive language helps us all learn to be more aware, sensitive and humble to the needs of each family system and the devastating effects of marginalization. No individual wants to be singled out or identified as ‘different’ or less worthy. As long as a single client is excluded from the midwifery community, all clients are potentially vulnerable to discriminatory treatment.”

In addition, this is from MANA’s Position Statement on Gender Inclusive Language.

Modeling competency with inclusive language in no way undermines or eliminates the primacy of women in birth. For those who have practices that mainly or only serve women, using gendered terminology will make sense. Using gender-neutral language in no way forces people to eliminate woman from their vocabulary. It just sets a standard for birth workers to be professionals with the expertise to serve a wide range of people.

We understand the fear of erasure. But we don’t win the fight for women by erasing others who also lack a place/name/voice… We believe that language can create inclusivity and build community. Inclusive language can be added to current language without subtracting anyone. We have found that families respond positively to inclusive language, even when none of them identify as trans or gender-non-conforming. Our standard is humanity.

Reading these paragraphs was transformative for me. I previously looked at birth as a table that, to me, obviously included chairs for only women — women who were ready to stand up to the patriarchal obstetric industry. But what I realized is that using inclusive language doesn’t take away women’s chairs at the birth table. It simply makes room for more chairs.

While it’s true that the vast majority of pregnant and birthing people are females who identify as women, there are some who don’t. And as a woman committed to empowering others in their health choices and knowing the strength of their bodies, why wouldn’t I make room at the table?

After all, we don’t win the fight for women by erasing others who also lack a place, name and voice.