How I Became a Birth Center Writer 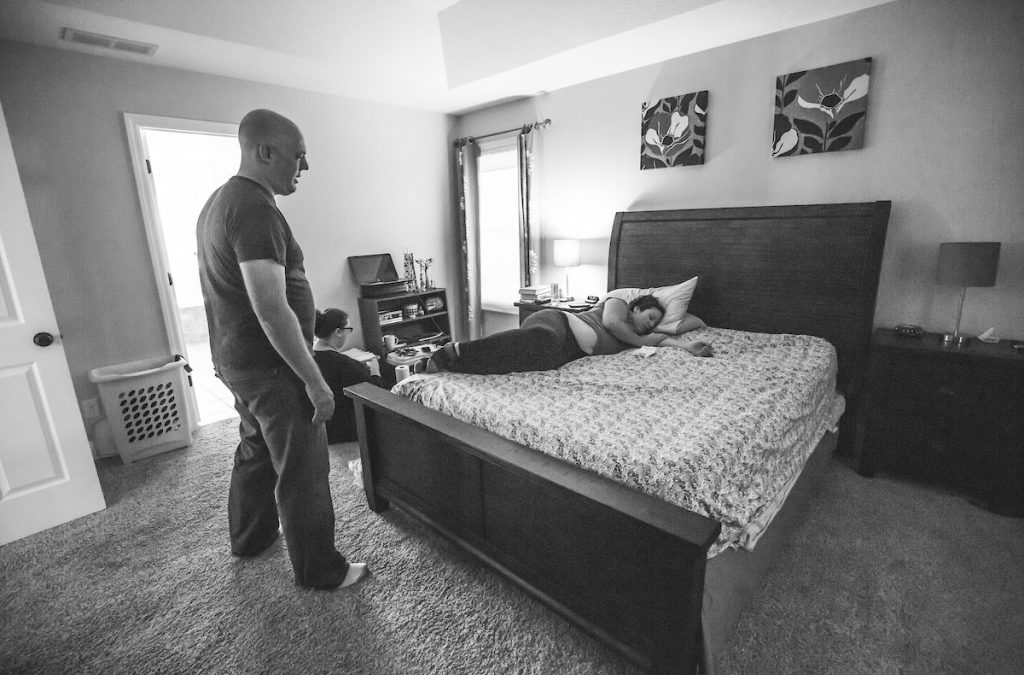 A couple weeks ago, I was doing a phone interview in preparation for a birth center client project.

“Are you a midwife or a nurse? Do you have a medical background?” asked the person on the other end of the line.

“No, I’m just a writer,” I replied, almost immediately correcting myself. “Well, I shouldn’t say just a writer. It’s an important job.”

As I talk with prospective clients, I often hear similar questions. Sometimes it comes out as, “How did you get into this line of work?” or “What prompted you to work with birth centers and midwifery practices?”

Being that I’m a storyteller, I thought I’d take a few minutes and tell you how I became a writer who primarily focuses on pregnancy, birth and women’s health.

Learning who I was as a writer

When I was studying professional writing in college, I didn’t really know what I wanted to do with an English degree. At the time, the internet was a burgeoning ground for all kinds of content. I thought writing for a magazine sounded like a great idea.

I knew one thing for sure: I did not want to be a newspaper reporter. As a 22-year-old writer heading back to a small town after graduation, though, I found myself with few job opportunities.

Newspapers were still thriving back then, so I did the unthinkable and applied to be a reporter. Despite having zero newspaper experience in college, the editor hired me.

Being a reporter taught me that I’m a storyteller. It might sound cheesy, but I truly believe with all my heart that everyone has a story worth telling. I met and interviewed many fascinating people during my two-and-a-half-year stint as a reporter.

From there, I did communications for a public-school system. One of the most valuable lessons I learned during that time was the importance of sticking with what you know. My skills in writing and public relations allowed me to tell the world about happenings in schools and classrooms, leaving my colleagues to focus on their very important work of educating children.

Over the years, I began learning digital skills, like email newsletters, blog writing and website content strategy. These projects piqued my interest more than editing stacks of curricula, so I worked to develop my digital skills.

Years later, I took a job doing healthcare marketing and communications for a large academic medical center. There was some writing for print publications, but the bulk of my work focused on digital storytelling.

Developing a passion for pregnancy and birth writing

While I was building my writing skills, I also had two babies. During both pregnancies, I saw midwives, and I loved the midwifery model of care. I also hired a doula for my second baby’s birth.

With the help of my birth teams, I had two unmedicated hospital births. Thanks to the support of lactation consultants, family and friends, I breastfed both of my babies well past a year.

I also read many books about pregnancy, birth and breastfeeding during those experiences. I learned about inductions, interventions and cesarean sections.

I became so incredibly passionate about empowering others to own their health decisions.

I wanted all people to know all their options: Obstetricians and midwives; hospitals, birth centers and homes; epidurals and nitrous oxide; and so much more.

I found myself talking obsessively about pregnancy and birth to anyone who would listen, often giving out book recommendations along the way.

Despite this deep passion, I was working for a hospital with a C-section rate that was in line with the national average of about 32 percent. That’s about one in three patients.

When I got pregnant with my third baby, I knew from day one that I was not having him in a hospital, even the one where I was employed, even though that hospital had midwives.

Being that there was no birth center in my area, I decided on a home birth.

I thought I had read a lot about pregnancy and birth before my third pregnancy, but my desire to keep learning multiplied. I also read hundreds of birth stories and watched dozens of birth videos.

Baby No. 3 was, in fact, born at home. It was a life-changing experience. This might sound crazy, but almost immediately after he was born, this thought entered my head: I want to do it again.

I had been bitten by the “birth bug” for many years, but my home birth ignited something new. It was an intensified zeal — for more education on the normalcy of pregnancy and physiological birth.

My maternity leave eventually turned into forever leave, and I never went back to my job at the hospital. Instead, I decided to become a freelance writer.

It took me a few months to understand the business aspects of freelance writing. Initially, I thought I would focus on general healthcare writing, much like I had done when I worked at the medical center.

Then one day, I realized that I could actually take this fire, this birth bug, and channel it into something worthwhile.

So I narrowed my healthcare niche and started reaching out to birth centers, midwifery practices, doula collectives and lactation consultants.

Now, I serve birth workers and health professionals by writing blogs, website content and birth stories. I help them meet their business goals of gaining new clients and educating folks about their health.

In doing so, I am indirectly influencing others, empowering them to believe in their bodies. It is such an honor.

People who know my passion for pregnancy and birth or who hear me ramble endlessly about these topics often ask me, “Have you ever thought about becoming a midwife?”

The answer is YES, OF COURSE, I’ve thought about it. I’ve also considered becoming a doula, lactation consultant or childbirth educator. Possibly all of the above.

But the more I ponder these options, the more I think that everyone is better off if I stick with writing. I mean, even if I were to become a midwife, I would still be a writer. Nothing will ever change that about me. It is at the core of who I am.

Now, of course, they can go together. Midwives can also be writers. Peggy Vincent, author of Baby Catcher: Chronicles of a Modern Midwife, is a perfect example. She is an incredibly gifted writer.

By sticking with what I know (writing), I am helping birth workers and healthcare professionals stick with what they do best (literally bringing forth life).

So, no. I don’t have nursing or midwifery credentials.

But I’ve got years of experience in storytelling, education and digital communications. I also have all the knowledge I’ve gained through my personal life: Receiving midwifery care, reading books and birth stories and birthing as an empowered woman.