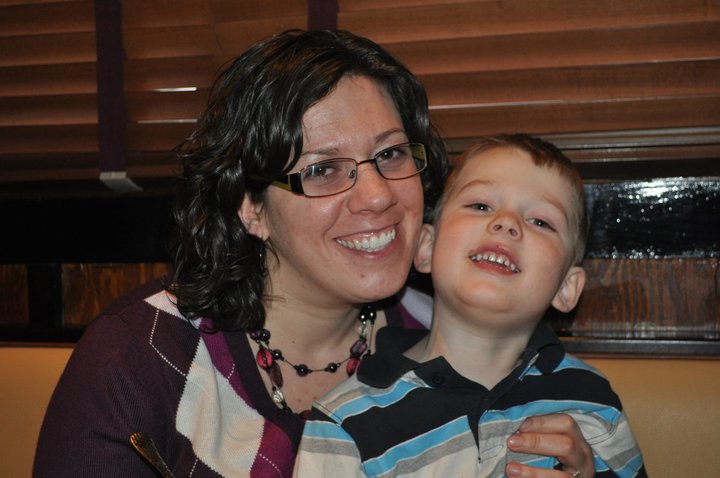 Author’s note: I originally wrote this post in January 2011, just a few weeks after having a miscarriage. I have held onto it since then, not ready to share this story with the world. It’s taken me many years to realize the importance of discussing pregnancy loss. I decided to publish my miscarriage story today in honor of Pregnancy and Infant Loss Remembrance Day, which occurs every Oct. 15.

I suppose there is never a good time to have a miscarriage. But having a miscarriage at Christmas time has to be one of the worst.

It’s kind of like when a loved one dies on a holiday. That particular occasion, which is usually joyous for most people, becomes a sad event for that family.

Now, I’m afraid every Christmas will remind me of what happened a few weeks ago.

My husband and I found out five days after Thanksgiving that I was pregnant with our second child. My first pregnancy had been completely normal, healthy and uneventful. The labor and delivery were much the same. I was extremely blessed.

So when we saw the positive pregnancy test for Baby No. 2, we were ecstatic and thought the second time around would be similar – with no problems.

However, five days before the first scheduled ultrasound, I began experiencing spotting. It was light and infrequent, and because I was not having any cramping, the midwife told me it could be nothing. Could be a low-lying placenta. Lots of women spot during the first trimester and carry to full term, she assured me.

On the morning of ultrasound day, though, the bleeding was heavier and more frequent. Despite my nervousness, I prayed fervently, “Lord, please reveal a strong heartbeat.”

As I lay back on the ultrasound table, the technician prepared my abdomen. I took a deep breath. This was it.

The ultrasound technician said my dates were off and that I was five weeks along, not seven as I originally calculated. That was when I knew for sure I was having a miscarriage. I knew, without a doubt, that my dates were correct. I insisted, and the technician recommended I talk to the nurse.

She questioned me about the dates and then suggested I return for a repeat ultrasound in about a week. That would let us know for sure if the pregnancy was viable. I knew deep down that the screen had revealed a dead fetus.

Later that day, I began passing clots, and by the next day, I was cramping and passing tissue. The baby must have stopped developing at five weeks, I thought.

The bleeding and cramping continued through Christmas Eve and Christmas day. I managed to hold back my tears at the Christmas Eve church service when a video with sweet images of the newborn Jesus aired on the big screens. I love that Jesus – the baby and the man who died on the cross. But I was mad at him. Why was He letting this happen?

Upon entering the doctor’s office on the day of the second ultrasound, the receptionist requested I sign a form. Something about insurance and payments for prenatal care. I said nothing and signed the paper. Glancing at my chart on the counter, I saw a pink sticker wrapped around the edge. It read “PREGNANT.” Liar.

While my husband and I sat in the waiting room, I noticed across from us a young girl and a woman who looked like her mom. In my mind, I judged her and her baby bump. I made lots of assumptions about her. “She’s probably 16. She didn’t mean to get pregnant. She didn’t try like I did. She may not even want the baby she’s carrying. Why does she get to have a healthy baby while mine died inside my body?”

The ultrasound technician called us back to the same room where we saw the bad news a week before.

She recapped that experience. “So, your dates were off at the last ultrasound?” I was able to hold myself together and responded, “Yes, but I’m pretty sure there’s nothing there anymore.”

Despite this truth, I did want to know that my uterus was OK. We decided to continue with the ultrasound, also to make sure that all the tissue had passed out of my body on its own. She confirmed that the tissue was gone and the uterus and ovaries looked healthy.

A doctor followed up with me and gave me what I presume is the standard miscarriage pep talk.

“You didn’t do anything wrong. Nothing could have prevented it. You can try again, and there is no reason why you won’t have a healthy, full-term pregnancy. When you do get pregnant again, you will be nervous.”

He paused, then continued, “And, you’ll see parents in the grocery store who look like they are unfit parents, and you’ll be angry.” Or, in your waiting room, I thought.

That said, though, I have a beautiful 3-year-old son who is healthy and wonderful. I know he is a gift from my God, the same God who was born on Earth as the baby Jesus. And, I still love that baby Jesus even though my heart hurts when I think about the unborn baby who now lives with Him in heaven.