The Birth Control Bandage and Why It Drove Me Crazy 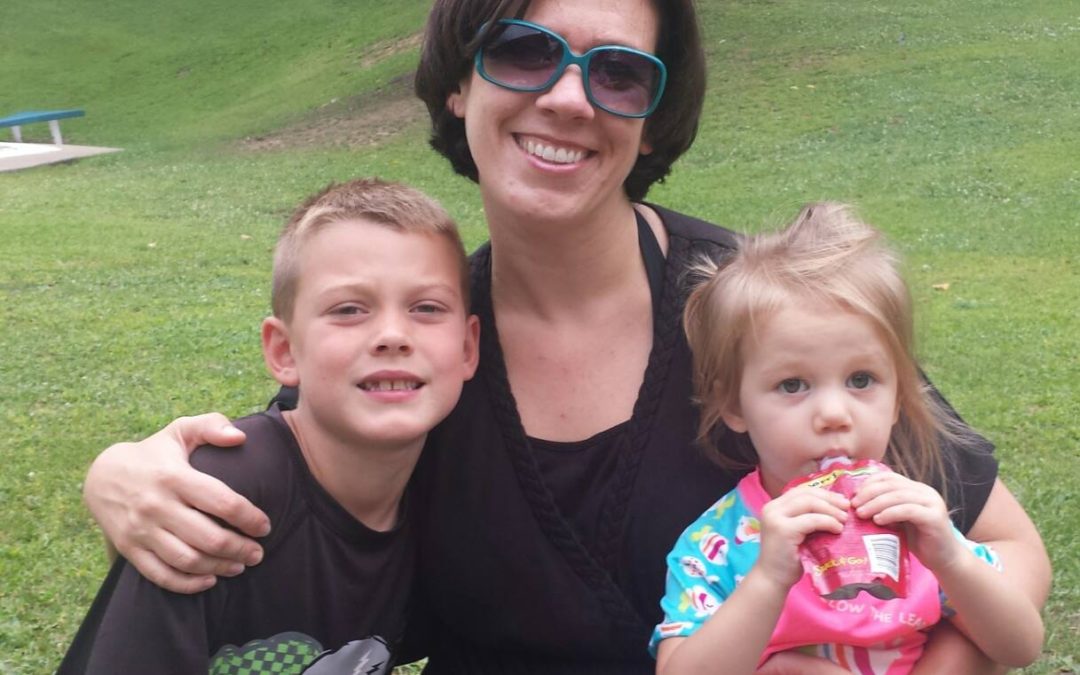 The first time I got pregnant, it was easy. I had been on birth control for a little over a year. As soon as I stopped taking it, my cycles resumed and we conceived the next month.

A few months after my son was born, I got an intrauterine device (IUD). I lived the next two and a half years in blissful ignorance, hardly thinking about the IUD. I couldn’t feel it, except when I did the recommended, occasional thread check. My husband didn’t feel it during intercourse. It even suppressed my periods. I didn’t get pregnant. It did its job.

Desperate for a Second Baby

Life was grand until I decided I wanted to have a second baby. When I made an appointment with my midwife, I told the receptionist that the reason for my visit was for IUD removal. The withdrawal went well, and the midwife told me that it may take some time — up to a few months — for my cycles to return to normal. I shrugged off her comment, remembering how easy it was to get pregnant with my first.

For the first couple of months after the IUD removal, I experienced menstrual irregularities, but I took it in stride. I knew my body was adjusting. After all, my uterus had been receiving a steady stream of progestin from the IUD and I hadn’t had a period in more than two years. After two more months, though, the bleeding was heavy and the cramping, uncomfortable. It didn’t even seem as though I was having periods. Rather, it was almost constant bleeding.

Frustrated, I called the midwife’s office and expressed my concern. She reiterated that my body was trying to find its new normal, that I had to give it time. When I countered that it had already been four months and that the near-constant bleeding was wreaking havoc on my life, she offered to write me a prescription for combination birth control pills. Then, I was just annoyed. I was trying to get pregnant, not avoid it. She explained that the birth control hormones would reset my body’s natural chemistry, jumpstarting it to cycle normally.

Reluctantly, I agreed to take birth control for three months. After those three months, my body resumed regular menstrual cycles, and within a month, I was overjoyed to see a positive pregnancy test. My excitement turned to sadness when the first ultrasound revealed a fetus without a heartbeat. The staff tried to stay positive, saying perhaps it was too early for a heartbeat. A couple of days later, I started spotting and knew I was having a miscarriage. The follow-up ultrasound that had originally been scheduled with the hope of seeing a thriving fetus showed an empty womb, bare after days of cramping and bleeding.

Following the miscarriage, the midwife again told me that my body may need some time to resume normal cycles. Unfortunately, she was right. While the bleeding was not as heavy as it had been after the IUD removal, there was no pattern at all. In fact, the bleeding was, again, almost constant.

I waited about the same amount of time — roughly four months — before trying a different midwife in the same practice. I expressed my longing to have another baby. Still, she resorted to the standard: Let’s put you on birth control for three months. Again? I felt like I was going crazy. Deep down, I suspected something was wrong, that there was an underlying problem causing the irregular bleeding. But I had my mind on Baby No. 2. If birth control for three months would get me the outcome I wanted, I would take it. Besides, no one was offering me any other options.

This part of the story had a happier ending. I completed three packs of birth control, got pregnant, and had a healthy baby girl.

Given the hormonal roller coaster my body had ridden for the past several years, I decided to avoid hormonal contraception for a while after my daughter’s birth. I wanted to see if my body could do what it was supposed to do, without medication.

A couple months before my daughter’s second birthday, my uterus lashed out at me again. I would have a period, and a week later, more bleeding would occur. Then it would happen again a few days later. Living like that was incredibly frustrating. The unpredictability affected several areas of my life: exercise, sex, fashion choices, and mood. I had to carry pads or tampons all the time. To put it simply, it made me feel crazy.

I had been seeing an excellent primary care physician, so I made an appointment and described my issues to her. She listened and offered to run tests. While she hoped the results might help her understand what was happening, nothing abnormal came back. Once again, I heard another healthcare provider suggest the pill for three months. I declined. I wasn’t pining for another baby, but I didn’t like the way I felt when I took birth control; it lowered my libido and made me gain weight. Plus, I was convinced something was off. I knew the hormones in the birth control were strong enough to fix me temporarily, but the irregularities kept coming back.

I left the doctor’s office dead set on finding someone who could help, someone who would not stop until I knew the cause of my irregularities. I did some research and found an OB/GYN who specialized in reproductive endocrinology. These types of physicians usually are fertility experts and specialize in helping women who are having trouble conceiving. I wasn’t interested in getting pregnant, though I wasn’t willing to rule it out, either. Given that reproductive endocrinologists are specialists in all disorders of the female reproductive tract, I felt like this particular doctor had the background and knowledge to help me.

At my first appointment with the specialist, I made it abundantly clear why I was there. I gave him a very detailed medical history and let him know that I needed someone who could solve this mystery. He seemed up to the challenge. And, for the first time, I talked to a medical professional about my menstrual irregularities without hearing the suggestion of birth control.

How did it pan out with the specialist? Something I said — that the bleeding between periods was most common after physical activity, such as intercourse or exercise — led him to do an ultrasound. He found the problem: Uterine polyps, overgrowths that confuse the uterus, causing irregular bleeding. They are also easily disturbed by physical activity, leading to spotting.

The specialist recommended a minor surgery to remove the polyps. I consented, and a few weeks later, he removed the gunk that had been hiding out in my uterus. His determination and willingness to help me, to solve the mystery of my irregular periods, saved my sanity.

He also healed my uterus, making way for Baby No. 3, who was born about three years later.

Putting My Story into Perspective

My story begs the question: Why do healthcare providers seem to default to prescribing birth control for irregular periods? It’s because, in addition to being highly effective at preventing pregnancy, the pill is proven to have medical benefits, including treating irregular, heavy, severely painful, or unusually long periods. Birth control is also helpful for treating conditions that often have menstrual irregularities as a symptom. These include endometriosis and polycystic ovarian syndrome (PCOS).

For many women, birth control can be extremely beneficial. Their bodies respond well to the hormones, and they can get pregnant soon after stopping. They don’t mind being on the pill for long periods, and that’s fine. I love it when women take charge of their healthcare decisions.

I realize my story is unique because my irregularities were caused by a physical complication. However, many bouts of irregular periods are simply the result of jumbled hormones. In those cases, birth control could very well be the best choice. In addition, not everyone is willing to undergo surgery like I was.

All in all, I believe this story shows birth control is not a cure-all for irregular periods, especially when there’s an underlying physical problem. The experience taught me that it’s OK to speak up, to know why something is happening and to ask for alternatives.

It’s an important lesson because, two years after my third baby was born, I had a second miscarriage. It was devastating, even more so than the first one. And just like after that initial pregnancy loss more than nine years ago, my body is struggling to reset itself on its own.

Four months seems to be my breaking point when it comes to irregular periods. About that long after the recent miscarriage, I reached out to my midwife and explained what was happening — the same, near-constant bleeding I had experienced previously. A woman after my own heart, she did not even think about recommending birth control. Instead, she suggested a couple of herbal supplements that, so far, are helping.

It’s possible that uterine polyps are recurring for me, and if I want to have another baby, I will need to address that issue again. But right now, given the current public health crisis, I’m willing to try the natural remedy.

Another baby is a big question mark anyway. And even if I don’t get pregnant again, living with constant irregularities is incredibly frustrating, especially because I find the cyclical nature of a woman’s body to be empowering and reassuring. I like the predictability of menstrual cycles, darn it!

One thing is for sure — hormonal birth control is not for me. In my case, birth control is a bandage, a really crappy one, actually. The kind that gets wrinkled and keeps falling off. I’m not willing to try it anymore, even if it could help me eventually get pregnant again. It’s a lesson I’m thankful I’ve learned.